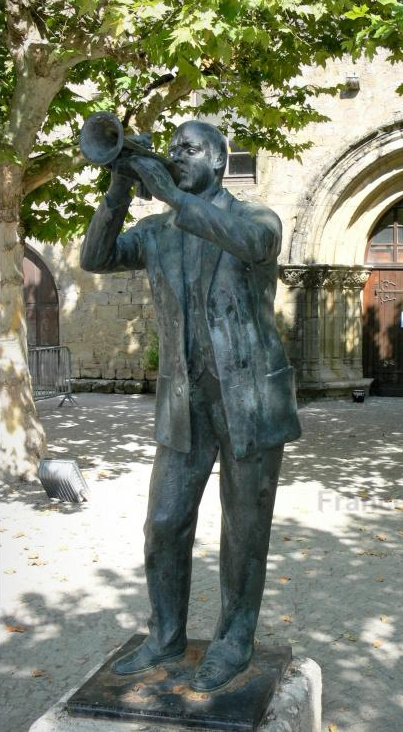 Jazz in Marciac (JIM) is an Internationally recognised jazz festival that takes place over a period of three weeks, usually from late July to mid-August, in the town of Marciac, just  a 30-minute drive from “Michouat”. Jazz In Marciac was created in 1978 at the initiative of a handful of fans, following a concert by Bill Coleman.

Originally dedicated to traditional jazz, the festival, created by André Muller, diversifies under the leadership of Jean-Louis Guilhaumon, principal of the College of Marciac, and in a few years becomes one of the most important in France and Europe. It hosts around 200,000 visitors each year (225,000 in 2010) . During Carlos Santana’s concert (2018 edition), the tent was able to accommodate more than 10,000 people! Since the inauguration of the Astrada Hall in May 2011, Jazz In Marciac has also been offering a cultural season outside the three weeks of the festival.

During the festival, the main square, which has preserved its historic architecture and medieval arcades, hosts in its centre the festival under an enormous canvas. The main concerts take place in the evening under a giant tent with between 5,000 and 6,000 seats. Many caterers, restaurants or taverns set up for the occasion to offer meals accompanied by musicians. The town is filled with stands offering everything from Indian henna to t-shirts of Louis Armstrong!

Wynton Marsalis, trumpet player and festival ambassador (following Bill Coleman and Guy Lafitte) has been present at every edition since 1991. He has written a Marciac Suite. A statue with his effigy was erected on the pavilion of the Astrada Hall .